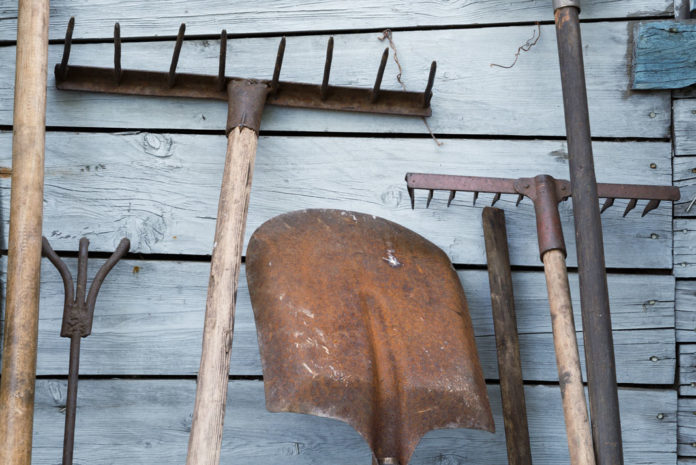 The Definition of Apologetics

Hearing the word “apologetics,” many immediately think of our modern understanding of what it means to apologize for something as an expression of regret. This could be understandably confusing since we are talking about Christian apologetics, potentially implying that we regret being Christians. However, to do apologetics ironically means quite the opposite of “apologizing” for something.

The word comes from the Greek prefix “apo-”, which indicates a separation or a deflection of something, and the word “logos”, which is unsurprisingly where we get our term “logic.”  So, the Greek word apologia paints a picture of something that is being deflected by way of logic. The most common definition of the word apologetics is “a reasoned defense.” (Think Jude 3.)

Side note: Imagine how the conversation would go next time you needed to apologize to someone, and you offered “a reasoned defense” of your actions.

When it comes to us Christians, however, we take the role of the apologist to an entirely different level. Christianity is not simply supposed to have apologists; as we shall see, every Christian is supposed to be an apologist. For Christians, apologetics is not something we simply leave to “the experts.” It is something that is very much a part of what it means to be a Christian.

The most famous usage of the word in the New Testament comes from the Apostle Peter. In 1 Peter 3:15 he gives both a directive and a definition of apologetics. There Peter states:

“But sanctify the Lord God in your hearts: and be ready always to give an answer to every man that asketh you a reason of the hope that is in you with meekness and fear:”

The phrase translated into English as “give an answer” is actually one word in Greek. You guessed it: apologia. The command is clear. We are always to be ready with an answer, always ready to do apologetics.

Among a few qualities of what a good answer may look like, Peter zeros in on the main subject—“the hope that is in you.” Christian apologetics is a focused discipline with a singular goal, namely to bring people to the gospel. Jesus commissioned us to go into all the world and preach the gospel; Peter reminds us to be ready with an answer when they have questions about it.

The Need for Apologetics

As much as the world has changed since the first century, the Great Commission has not. All Christians have been tasked with preaching the gospel. The only alternative to evangelism, as they say, is disobedience.

Apologetics has always played a pivotal role in our evangelism. Christian apologist James Patrick Holding observed, “What we call ‘apologetics’ was, in fact, what the apostolic church would have called ‘evangelism.’” He goes on to explain, “Early missionary preaching testified to the historical realities upon which the Christian faith was grounded and called for repentance on those grounds.”

Indeed, if you were to review the evangelism of the apostles, personal and public, there is very little reliance on personal experience or emotional appeal. On the day of Pentecost (Acts 2:22-25), for example, Peter gave a textbook example of what he describes in his epistle. He appealed to Jesus’ miracles, culminating in his resurrection, and his fulfillment of Old Testament prophesies. On the basis of the historical reality of what Jesus had done, Peter calls his audience to repent and believe.

In our post-Christian secular age, the presence of apologetics in our evangelism is as important as it ever has been. Our culture is moving ever further away from a time when people had the same general understanding of God, the Bible, and religion. However, the popular consensus has changed in virtually every category. To talk to someone about the gospel today is a vastly different endeavor than it was years ago. Apologetics professor Travis Dickinson notes,

“More and more, apologetics does the work equivalent to what Bible translators do for an unreached people group. The Bible translator must get the content of the Gospel into the vernacular of the people for an individual to even grasp this content. Could the Holy Spirit miraculously allow the tribesman to understand the Gospel in a foreign language? Absolutely. However, it typically takes the hard work of translation. Likewise, God can bring conviction if He wants, but it often takes the hard work of engaging in apologetic discussion for someone to be able to grasp the content of the Gospel.”

In our evangelism, we declare what the gospel is, and what people ought to do about it. Yet, increasingly people ask why. Why should someone believe in any God, much less the one described in the Bible? Why should someone believe that Jesus of Nazareth was God in the flesh and that he rose from the dead? If God loves us so much, why do so many bad things happen to us? If God went to such great lengths to save us, why did he put us in a situation in which we need saving? These are precisely the questions Peter was talking about.

“I’ve heard plenty of Christians try to answer the why question by going back to the what. “You have to believe because Jesus is the Son of God.” But that’s answering the why with more what. Increasingly we live in a time when you can’t avoid the why question. Just giving the what (for example, a vivid gospel presentation) worked in the days when the cultural institutions created an environment in which Christianity just felt true or at least honorable. But in a post-Christendom society, in the marketplace of ideas, you have to explain why this is true, or people will just dismiss it.”

The Point of Apologetics

While apologetics is vital to evangelism, it is also substantively different. There are two major objectives in apologetics that contrast from evangelism.

The first major objective is to provide reasons to believe. While evangelism declares what to believe, apologetics gives people a reason to do so. For example, many people are unaware of the abundance of manuscript evidence that demonstrates the reliability of the New Testament as a historical document. So, as astounding as much of the New Testament narrative is, we can give people reasons to believe what it says.

The second major objective is to remove reasons to doubt. While evangelism warns of the consequences of not believing, apologetics demonstrates that there are no good reasons not to believe. For example, many people have a problem with believing in the miraculous features of Christian belief because they supposedly conflict with modern scientific understanding. Yet, many Christian apologists have demonstrated that there is no real conflict between science and faith.

This is illustrated by one of my favorite metaphors for the relationship between apologetics and evangelism. Apologist Matt Slick gives the illustration of “what apologetics really is.” As he tells it, the gospel is like a garden in the middle of a field. That garden has one gate, which is Jesus. One path takes you right up to the gate. That path is evangelism, leading people to the gospel of Jesus Christ.

Unfortunately, for many people the journey to the garden is difficult. There are many paths that appear to head toward the garden but eventually veer off into some other direction. There are massive rocks and heavy brush obstructing the way. Then, in steps the apologist, pointing people back to the right path and clearing any obstacles ahead. The apologist may not be the gardener, and he is definitely not the gate. In fact, he needs the path, the gate, and the garden every bit as much as the people he helps. Nevertheless, he helps as many as he can along the way.

It is important to note the differences between apologetics and evangelism, or else we run the risk of treating apologetics as an end in itself. Even still, noting the differences helps us focus on the primary purpose of apologetics. It is easy to get bogged down and sidetracked by neverending debates and peripheral issues. But, doing so renders our apologetics fruitless.

Apologetics is the process of getting people to the gospel as soon as possible.

It may be more than that, but it should never be less.

Travis Satterfield is a family man, teacher, and blogger. Here’s the thing… is a blend of his personal story of doubt and faith, his professional experience of teaching the Bible, and his passionate insight into theology, apologetics, and culture. Subscribe to receive email updates, follow on Twitter (@h_t_t_blog), and join the conversation on Facebook (@httblog).

The Prayer of Faith by James Fraser 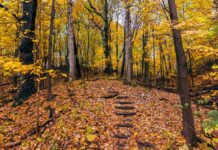