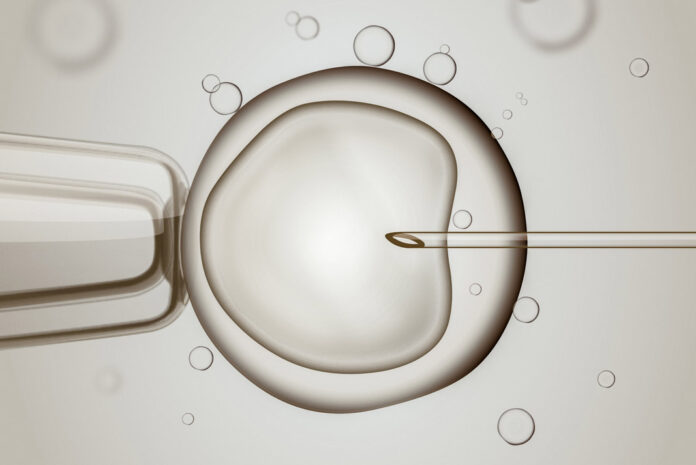 With all the recent row and endless debates on political correctness of hashtags, it seems every word one utters has to be double checked for the fear of getting trolled. When #BlackLivesMatter went viral and received widespread support, #AllLivesMatter was trolled as it diminishes the significance of the injustice met out to the Black community. Moreover, the term “Black” isn’t being exclusive of other races, rather once Black lives truly matter that translates to no more discrimination based on race. The point is well taken but it’s not just about the race; we humans are discriminated on a lot more grounds than race. So all said and done, fact remains that all lives matter.

Man is created in the Image of God

Therefore, all, irrespective of race, gender, age, social or financial status, physical or mental abilities, have an intrinsic worth and deserve to be treated with respect and given due dignity. For anyone who is well versed with the Bible, there should be no ambiguity regarding this. When Jesus says “Love your neighbour” and “Do to others what you would want done to you”, no specifications are mentioned as to who exactly this ‘neighbour’ is because there aren’t any. Now with that put out of the way let’s move on to a more present day dilemma.

What does the Bible say about the life of an embryo?

There is a universal consensus that an infant or newborn outside the womb has rights and killing such a harmless, defenceless little human is unjustifiable. However, if the scenario was rewound  to a few days or few weeks back; that is, when a child is within the womb of the mother, there seems to be a lot of obscurity. When there is essentially no difference in development between a seven month fetus and a premature newborn, a fetus is discriminated against in many situations and its fate is left to what others deem fit.

So where should the line be drawn? If all human life is sacred, then the real question is when exactly does the human being qualify to be considered as a life form.

Jeremiah 1:5 reads “I knew you before I formed you in the womb; I set you apart for me before you were born;”

Psalm 51:5 “For behold I was conceived in iniquities; and in sin did my mother conceive me”.

These verses and many more gives us the picture of a God who recognizes us as an individual from the time of our conception.

Medically, conception occurs when the sperm and the ovum come together to form a zygote, a single cell that contains genetic information that is distinct from both the mother and the father, an individual cell which has the potential to multiply and grow. A couple of days later it becomes an embryo that attaches itself to the womb to derive its nutrition. Three weeks into its existence it develops a heart that beats at its own pace distinct from the mother and by this time itself it has begun to resemble the likes of a human child.

So as believing Christians let’s not pretend that considering an abortion for a reason as simple as inconvenience is something condoned by the Bible. There could be situations where the mother’s life is in danger or the fetus itself has poor chances of survival where things can be grey. But the “pro-choice” argument that entitles a mother to abort, no questions asked, is highly questionable.

As the first test tube baby turns 42, the impact of assisted reproductory techniques are far reaching and colossal. It’s not just the infertile that are being benefited even perfectly healthy couples are on the pursuit of ‘designer babies’–genetically modified to suit their preferences. Even Christian ministers and pastors don’t think twice about the procedure and themselves get it done and preach about how the Good Lord blessed them with their miracle child. Now don’t get me wrong, I believe every child is a miracle and without the permissive will of God they wouldn’t exist. But as Bible-believing Christians, we must be aware that in all things the end doesn’t justify the means.

In a typical IVF procedure, the ovum is harvested in large numbers from the mother and fertilized with sperms outside the body. The resulting zygotes are grown outside the womb to embryos. The embryologist then decides if the embryos are up to the mark. If not, they are discarded then and there. The ones that “make it” then either get deposited into the womb or get frozen to be used for later. In the process of freezing and later thawing these embryos are at a high risk of death. Many centres introduce more than one embryo simultaneously inside the womb for increasing the chances of a successful pregnancy. However, if multiple embryos get implanted, owing to the risk it poses to maternal health, they just remove one or two–a process called fetal reduction. If the couple has one or two successful pregnancies, or the couple divorces, they may no longer need the frozen embryos which then either gets destroyed or used for experiments.

My question to the readers is–where is the sanctity of life here? Would you leave the fate of your baby at the discretion of an embryologist? Is our God’s commandment “thou shall not kill” not applicable here? Does the human desire for progeny override this commandment? I know some of you would say, “It’s easier said than done; you don’t know the pain; you haven’t been there” and so on.

Well, for someone who has been infertile for the past twelve years and counting, I know all about the pain. I have had a lot of well meaning friends and relatives ask me why I don’t try this and that. The explanation of my reasons for refraining from these modalities of treatment has more often than not been met with eye-rolls and disdain. But when exactly has this been something new for a Christian? When Jesus says, “The world will hate you because it hated me first” we must realise that being Christian means we will be at odds with the world on many crucial issues. Many times what looks like worldly wise counsel goes against the tenets of God’s word.

These are those exact situations in life where we take a stand on whether we want to be God-pleasing or people pleasing/self pleasing.

Are there ways we can use these procedures in a God-honouring way? There could be…. though it may involve finding a centre with high ethical standards who would focus on the individual couples’ needs rather than success rates.

With every passing day, the complications and litigations arising from these procedures keeps multiplying. The status of the embryo keeps getting questioned, constantly pulled between being a person or an object. As children of God, let us be clear on where the word of God stands on these matters. The Bible describes each one of us as “fearfully and wonderfully made.” For anyone who studies embryology is bound to be awestruck at how a single microscopic cell holds the entire information as to develop into an organism with all its internal organs arranged in the most profound way to be a viable and functioning marvel.

Instead of feeling the need to justify worldly desire driven motives let us be champions of these tiny defenceless little ones created in all sanctity in the image of God.

Zephana Estefan, a doctor by profession, has come to the Lord in her late 20s. Ever since, she has had it in her heart to reach out to others struggling with their faith. She has always found writing as her forte and has been writing sermons for local Christian Youth Groups on and off. With the mission statement of 2 Corinthians 1:4, “We can comfort others when they are troubled with the same comfort God has given us,” she hopes to take His message to the one that needs to hear. 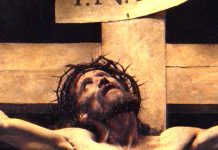 The Weakness of God 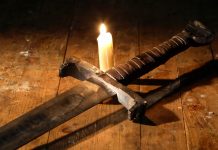