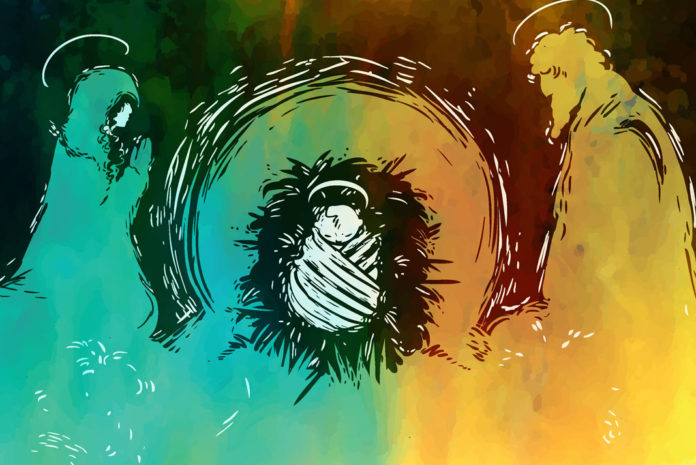 An angel of the Lord appeared to him in a dream, saying, “Joseph, son of David, don’t be afraid to take Mary as your wife, because what has been conceived in her is from the Holy Spirit. She will give birth to a son, and you are to name him Jesus, because he will save his people from their sins.” Matthew 1:20-21

I have three children. Multiple times a week I think about who my three little girls will become as they grow into adulthood. I pray that they will pursue Jesus with all they have and the Gospel will drive their decision making. I can honestly say that I have enjoyed every “phase” each of my children have gone through in their young lives. Yes, it’s crazy at times and I have “bad” days as a parent. Yet, I embrace each season as it comes. Each season leads to and upon the next season, leading me to look forward even more, to seeing the unknown take fruition in their lives.

I’ve sat back in awe as I listened to my oldest daughter read for the first time. I stood in amazement as, on her own, she stated she wanted her training wheels off of her bike. I took them off and sure enough, she rode by herself without the training wheels and with no help from her Daddy. All I could do was stand there, hands on my hips, and smile. My middle child started school in August and I have been blown away by the amount of learning that has taken place since she has started. From barely being able to even trace letters to writing her complete name, out of nowhere. Recently I had the luxury of watching my baby eat pureed food for the first time. She was fed by her older two sisters. (Who’s cutting onions in here?)

While taking a shower the other day and listening to Little Drummer Boy, I told you the shower was my place of enlightenment, I began to think about Joseph. Joseph is barely mentioned after the nativity story in the Gospels so we don’t know much about him after Jesus is born. Scripture tells us repeatedly that Mary stored up, and treasured and “pondered” moments with Jesus while he grew, but Scripture doesn’t tell us much about Joseph. Listening to the words of the song, I pictured Joseph standing in the manger while the wise men brought Jesus precious metals, jewels and fragrances. I picture Joseph perplexed but in awe as the lowly shepherds show up, coming out from the hills to bow down before their King.  I picture Joseph, up with Mary in the middle night while she was feeding Jesus, staring at the amazingly beautiful star that had stopped directly over the stable, himself pondering, treasuring and storing up in his heart the very things God had promised him and his people many years before via the prophets of old.

The Christmas season is a magical time of year. It is a time filled with wonder, beauty and expectation. The decorations, music, lights, and–for my northern family and friends–the snow just add to the beauty and majesty. This is a time where we as Christians are presented with multiple months to be more intentional in focusing on the same hope that was given to Joseph that starry night over two-thousand years ago. This is a time where we get to celebrate the coming of the One who created all, who is above all, and who holds everything together (Colossians 1:15-20). This is the time where we bask in the wonder of the humility of his coming, the ordinariness and extravagance of his life, and the simplicity of the purpose of his coming which he has given us in his Gospel.

I would imagine it would have been a crazy time for Joseph leading up to Christ’s birth. They have been traveling for an extended period of time. Joseph, because of the man he was, probably didn’t have much time off of his feet as I’m sure he made sure Mary was the one traveling on the back of the mule when permitted during their travel. He was lugging around most of his belongings. He most likely was in “husband-dad protection mode” as they traveled through dangerous valleys and attempted to sleep during the night. Did I mention Mary was also nine months pregnant? So, at some point Mary tells Joseph that “the baby is coming!” and Joseph had to scramble to find a place for his wife before she goes into full blown labor. As we read in Scripture they were denied a place to stay in the inns because the rooms were full from everyone else traveling. Can you imagine the emotions running through his body? He’s probably exhausted, hungry and sleep deprived and now he can’t find a room!  Finally, one of the innkeepers tells him if they really need a place they can use the stable–by the way, it was most likely a cave where the animals would eat and sleep at night. As they get there, I would imagine Mary saying something along the lines of  “this will do just fine,” and soon after she gives birth to the Promised One.

I’m sure Joseph at times, no matter how noble and righteous he was, felt overwhelmed, inadequate, stressed, and felt like he lacked the ability to be responsible for what he was going through and what was before him, no matter how joyous it would be after those menial trials were over. In the midst of the magical wonder of our Christmas season, we as Christians are susceptible to the commercial mentality of the season and are also susceptible to compromise the joyous reason to why we celebrate Christmas in the first place. Often, we give useless gifts at Christmas, because it’s expected of us, and we feel guilty if we don’t. And the closer we get to Christmas, the pressure to give these  gifts builds and we feel depressed and unworthy if we can’t give to the level we feel, or the culture makes us feel, is necessary. In reality, these things are not necessary. The pressure is unnecessary. The stress is unnecessary. What is necessary during this time, is to not let the distraction and pressures of our culture’s “Christmas” take precedence in our lives and to not neglect to be ever conscious that the root word in “Christmas” is Christ.

For, over two thousand years ago, “in the city of David a Savior was born for YOU, who is the Messiah, the Lord.” (Luke 2:8-11). A child was born with the power over death and the power to raise the dead to eternal glory. A child was born to live among his people and provide a way for his people to live in communion with him as it was intended to be. A child was born to reconcile his entire creation back to himself. Soak in this season. Marvel at the wonder. Bask in the beauty.  Rejoice in the majesty. Revel in the excitement that this same Jesus who came as a humble and meek child two thousand years ago, will come again to his people in the manner by which the prophets of old spoke, as a “ruler and a King who will reign wisely and do what is just and right in the land.”

Husband. Father. School Counselor. Pastor/Church Planter. My passion is to see men committed to their wives, engaged with their families and intentional being accountable with other men–all because of their devotion to Jesus. This is where I get to share pieces of my life with the hope that you are encouraged and inspired. My life isn’t anything extraordinary. It’s actually quite ordinary. So common and ordinary that I’m sure it’ll resonate with you somehow. Joe Kwiatkowski

Use Your Past Experiences in Leadership Courses 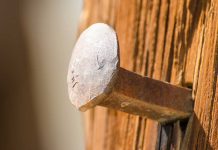 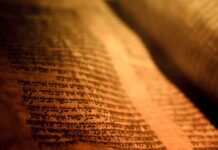 Live in the Now