(Sometimes, after an event has concluded, a running camera can capture just that little extra. After this interview with Martyn Whittock, author of “End Times, Again?”, we caught not one, but two salient points that bear sharing and repeating. Here is the first of those points on the importance of debate over division when believers discuss biblical differences. We hope you enjoy!)

[Martyn] One of the things that I’m really concerned about is that—if it’s just liberals who diss end times beliefs—then it’s very easy for people to say, “Well, it’s not surprising you don’t believe me; you don’t believe in the Bible anyway.”

But if, in fact, people are saying, “Look, I believe in the scriptures. I believe—and you list Second Coming, virgin birth, miracles, walking on water—yeah, I’m there absolutely. And yet, I actually think the rapture is wrong, as taught.”

Then hopefully it might just prompt a few people to say, “Oh, okay. I can’t quite dismiss that as readily as I would if you just stood up and said, ‘Oh… all scripture is a human construct, therefore I don’t believe in a second coming.'”

And so, my hope is to have conversations, but I am aware that sometimes when I am talking to some of the evangelicals, you can see shutters drop down, because I realize I’ve gone off-message. I think that’s something that we do need to challenge this on- and off-message thing. I think there are certain things that become kind of like “received wisdom,” and I think some of it is very questionable, scripturally, by people that love the Bible. You know what I mean? I respect their love for the scriptures. I’m just saying, guys, you create this composite antichrist, but actually, let’s sit down with the Bible and well, there he is, there he is, there he is. There he might be, there he might be. He might be. Daniel seven. Okay. Tell me why he’s there, because you preach him as if it was all there in one go and we’ve got the same Bible and it isn’t, is he? He actually isn’t, guys. So, let’s talk a little bit about it because, if you’re wrong on this, you might be getting quite a wrong impression. If I’m wrong, well you tell me why I’m wrong.

[Matthew] Right. And use the Word to do it.

[Martyn] Yeah. Exactly. I think that a lot of people—we all do it some extent—we kind of deal with composites. We’ve all pulled it from here, there and everywhere in the Bible. We all do it to some extent, consciously and unconsciously.

We often have composite figures of all sorts of stuff. Lots of us do the same with the gospels. We kind of meld them all together, in our own heads. And that’s fine. I am not saying that’s a problem. And suddenly you sit down and say, “I wonder why John didn’t mention that at all? Oh, okay. Maybe, maybe I need to explore that. I wonder why that was such a big issue for Luke?” Doesn’t mean to say I do or don’t believe it. It’s kind of like, “That’s really interesting. I wonder why that wasn’t a big deal in John’s teaching? Why is that a big thing for Mark?” So, it’s not some kind of highfalutin liberal criticism. It’s just: let’s read Scripture as it actually is, as opposed to what we’ve made it be. I think it’s a challenge sometimes.

[Matthew] Oh, for sure. Because we don’t know what we’re reading. We take it literally or we—I don’t know of many cases where we’re allegorizing things that are to be taken literally—I guess I haven’t run into that as much as I have run into people taking literally that which was intended to be allegory.

[Martyn] Yes. I mean, Revelation is a classic on that one, isn’t it?

[Martyn] Yeah, exactly. But people jump. People are very inconsistent; they jump from one to the other. The numerology—as I mentioned in the book—is quite extraordinary. Times, and times and half a times, well that obviously is three and a half years. Okay. Or three and a half days. And if it’s days, those are days-days; 24-hour? Or are those days in which each hour—you know what I mean? It’s a year, but is that an actual year or a thousand years?

If we were consistent, it would be interesting, but we’re not. We actually leap from one to the other depending upon what makes our timetable work. I think we have to somehow say that’s really inconsistent. That’s got to be bad exegesis, surely. 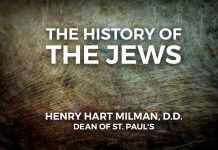 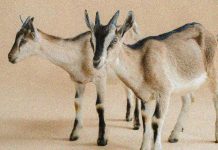 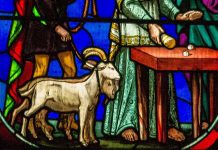 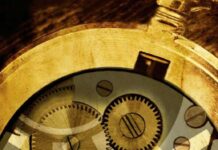 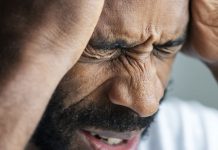 Resisting Temptation: What to Do When the Wrong Thought Comes to...