At 434 meters below sea level, it boasts being the Earth’s lowest point on land.

The air here is so rich in oxygen, it actually protects you from sunburn.

But did you know the Dead Sea is also the site of one of God’s most famous judgments?

In the book of Genesis, Lot chooses to live near Sodom because the land was lush and fertile (Genesis 13:10-13). Today, this land is a desert.

North of the Dead Sea is the archeological site now known as Tall el-Hammam.

For the past 15 years, hundreds of scientists and researchers from the United States, Canada and the Czech Republic have been participating in careful excavation, uncovering a mystery 3,600 years old.

Under the earth lies the remains of an ancient Middle Eastern city, one of over 100 abandoned settlements throughout the Dead Sea area.

Partially-melted spears, swords and pottery tell of a massive explosion that occurred at least two-and-a-half miles above the city.

The blast—1,000 times more intense than the Hiroshima atomic bomb—would have instantly heated the air to over 3,600 degrees Fahrenheit; hot enough to melt a modern automobile within minutes.

Seconds later the massive shockwave, moving at over 740 miles per hour, sheared off the tops of buildings and blasted bones into splinters. Nothing would have survived.

In Genesis 18:16-33, Abraham negotiated with God to withhold judgment over Sodom for Lot’s sake. Surely, Abram thought, there would be at least 10 righteous among Lot’s tribe. As history tells us, there was not.

Theories for volcanic eruption as the cause for Sodom and Gomorrah’s destruction are easily dismissed. There is no geothermal activity in this region and the temperatures needed to vaporize minerals and metal cannot be achieved by volcanoes, or warfare or normal fires.

The only natural process that remains is cosmic impact.

According to NASA, we know of more than 26,000 near-Earth asteroids and 100 nearby comets. Many more may remain undetected.

An explosion of this magnitude would have atomized and splashed toxic levels of Dead Sea salt across the entire valley.

By the time Lot reached Zoar, the sun had risen over the land. Then the Lord rained down burning sulfur on Sodom and Gomorrah—from the Lord out of the heavens. Thus he overthrew those cities and the entire plain, destroying all those living in the cities—and also the vegetation in the land. But Lot’s wife looked back, and she became a pillar of salt. (Genesis 19:23-26)

Gomorrah. The site is littered with the brittle remains of Assyrian-styled walls and ziggurats still pock-marked with sulfur stones like this one.

These swirls are the results of extreme heat through thermal ionization; not the slow process of sedimentation.

The reason for God’s judgment over these communities? Genesis 19:1-29 illustrates rampant sexual immorality. In Ezekiel 16:49-50, God expands the explanation to include cold-heartedness and arrogance.

“‘Now this was the sin of your sister Sodom: She and her daughters were arrogant, overfed and unconcerned; they did not help the poor and needy. 50 They were haughty and did detestable things before me. Therefore I did away with them as you have seen.'”

There is another, more recent example of judgment by fire.

This is Pompeii, Italy. As archaeologists continue to discover, this major Roman trading post was deeply amoral, brimming with brothels and prostitution. Pompeii’s brazen perversity and idolatry is advertised in their graphic frescos, sculpture and even in their graffiti.

When Mt. Vesuvius erupted on August 24, 79 AD, the residents of Pompeii were entombed by 23 feet of fire and ash. The city lay buried for 1,700 years, preserved as a snapshot of God’s wrath.

We often think of God as all-loving and merciful, and He is. But He is also a righteous and just vinedresser who throws the withered and fruitless branches into the fire. (John 15)

We will all stand before Him on the last day. Those not found in the book of life will be cast into the lake of fire (Revelation 20:15); Jesus refers to this as the second death.

Will you be ready? 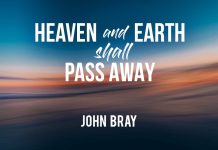 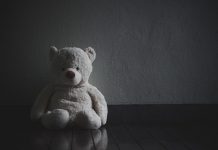 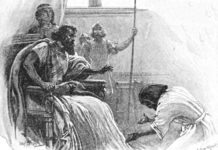 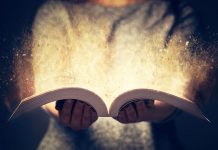