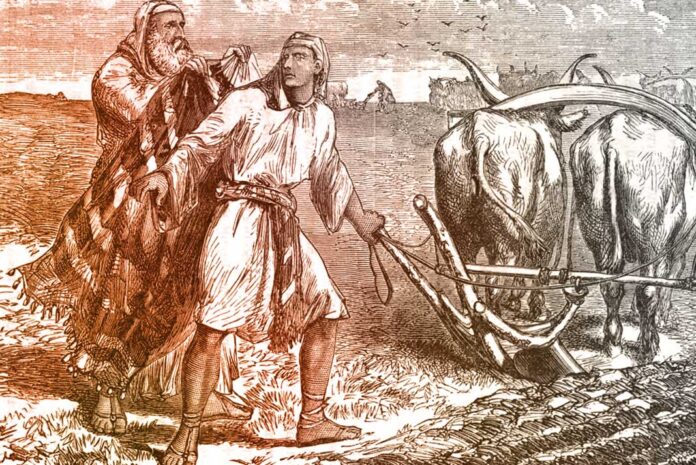 Elijah the Tishbite is one of the most notable and accomplished prophets of the Old Testament. He appears on the scene seemingly from nowhere in 1 Kings 17 to be a severe thorn in the side of King Ahab & Queen Jezebel of the Northern Kingdom and their introduction of Baal worship. Elijah was at the center of God’s display of power in opposing the prophets of Baal on Mount Carmel in 1 Kings 18. In the midst of his public ministry, he found Elisha, the son of Shaphat while Elisha was plowing and “threw his mantle on him” (1Kings 19:19). What was the significance of Elijah’s mantle?

The Hebrew word for mantle is adderet meaning a sheepskin cloak or robe, but also has reference to glory. It was some form of outerwear in the physical realm, but it signified the glory of Elijah’s ministry, the anointing that God had placed on Elijah. God used Elijah to confront not only Ahab, but also his son, King Ahaziah and also King Jehoram, Ahab’s son-in-law. Through Elijah, the Lord would continually press these evil kings to remind them of His ultimate authority and power. Elisha understood by this display of Elijah’s mantle that he was being raised up to take Elijah’s place, to take his mantle. Elisha began by having a ministry to Elijah.

7 Now fifty men of the sons of the prophets went and stood opposite them at a distance, while the two of them stood by the Jordan. 8 Elijah took his mantle and folded it together and struck the waters, and they were divided here and there, so that the two of them crossed over on dry ground. 9 When they had crossed over, Elijah said to Elisha, “Ask what I shall do for you before I am taken from you.” And Elisha said, “Please, let a double portion of your spirit be upon me.” 10 He said, “You have asked a hard thing. Nevertheless, if you see me when I am taken from you, it shall be so for you; but if not, it shall not be so.” 11 As they were going along and talking, behold, there appeared a chariot of fire and horses of fire which separated the two of them. And Elijah went up by a whirlwind to heaven. 12 Elisha saw it and cried out, “My father, my father, the chariots of Israel and its horsemen!” And he saw Elijah no more. Then he took hold of his own clothes and tore them in two pieces. 13 He also took up the mantle of Elijah that fell from him and returned and stood by the bank of the Jordan. 14 He took the mantle of Elijah that fell from him and struck the waters and said, “Where is the Lord, the God of Elijah?” And when he also had struck the waters, they were divided here and there; and Elisha crossed over.

In this passage, Elijah’s earthly ministry comes to an end as he is taken up to heaven on a chariot of fire. The power of Elijah’s mantle is also on display as Jordan’s waters are divided to allow its crossing. Before Elijah is taken up, Elisha asks him for a “double portion of your spirit be upon me.” The proof that the mantle still had its power is realized when Elisha uses it to cross over the Jordan again. As it turns out, Elisha would be responsible for twice as many miracles as Elijah to fulfill Elisha’s request.

The Power of the Holy Spirit

We have a similar event take place with larger ramifications in Acts 1. The Risen Lord has spent 40 days ministering to His disciples and all that is left is His final words and then His ascension. He tells those in His presence, “but you will receive power when the Holy Spirit has come upon you; and you shall be My witnesses both in Jerusalem, and in all Judea and Samaria, and even to the remotest part of the earth” (verse 8). The commissioning of those who would take Jesus’s place required the Holy Spirit, the Spirit of God’s power to fulfill. Just like Elisha needed Elijah’s mantle to complete his ministry, so the disciples needed the mantle of the Lord, His Holy Spirit, the Spirit of Christ (Romans 8:9).

Just as Elisha watched Elijah be raised up in the chariot of fire, the disciples watched as Jesus was lifted up “and a cloud received Him out of their sight” (verse 9). And just as Elisha received a double portion of Elijah’s spirit, the disciples were promised that “he who believes in Me, the works that I do, he will do also; and greater works than these he will do; because I go to the Father” (John 14:12). And Jesus also told them that it was necessary that He should go away so that the Holy Spirit would come upon them (John 16:7). The disciples of Jesus, not only the ones who walked with Him, would receive the extraordinary ability of the Holy Spirit to accomplish more that what Jesus did while walking the earth 2,000 years ago.

In Acts 19:11-12, “God was performing extraordinary miracles by the hands of Paul, so that handkerchiefs or aprons were even carried from his body to the sick, and the diseases left them and the evil spirits went out.” Consider how much more God can accomplish with multiple disciples like Paul, equipped with God’s Spirit since the ascension of Christ. And this ability of God, the Mantle of the Lord resides in each one of us who believe! 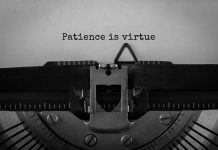 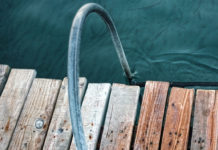 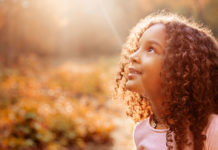 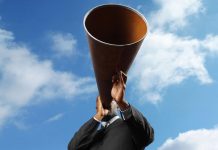