Mormon Tract: Is the Book of Mormon True?

Based on the teachings from renowned Christian apologist, Walter Martin, this beautiful, wallet-sized tract clearly states the authority of the Bible. A great conversation starter for street-side witnessing. Text reads:

If Joseph Smith’s vision is right, there was no valid Christianity on the earth for 1,800 years. This means Christ and the Apostles failed in their efforts to establish a meaningful church. Their work unraveled into apostasy soon after the physical deaths of the Apostles and not even God could preserve His Word for earnest seekers until Joseph Smith resurrected it in the 1800’s. Mormonism stands on four revelations: The Book of Mormon, Doctrine and Covenants, Pearl of Great Price, and a deeply-edited version of the King James Bible (insofar as it is correctly translated.) If you’re following Mormon doctrine, ask yourself: Didn’t the same God inspire all four books? Are they all of equal validity? Does God ever lie? Can God be relied upon at all times? Which is the oldest of these four texts? [Answer: Bible, which spans a period of over 5,000 years.] Don’t you think it’s proper to judge the younger revelations by the oldest revelation, because God—who cannot lie—will tell us the straight story from the very beginning? And if the other books don’t agree with the oldest book, then obviously something must be wrong with the younger books, right? Smith made over 3,400 changes to God’s Word. Believing the Bible was corrupted means either God could not or would not protect His Word. This either implies God is inept and can be thwarted by lowly mortals or that He must be immoral, allowing His people to follow corrupted commands. When deciding between Joseph Smith and Jesus Christ, please believe Jesus Christ. Pray for God’s clarity and wisdom and ask for His revelation today. levaire.com/what-do-mormons-believe/

There are no reviews yet.

Only logged in customers who have purchased this product may leave a review.

5 Link Building and SEO Tips to Promote Your Church

Questioning the Doctrine of Hell and the Fairness of God |... 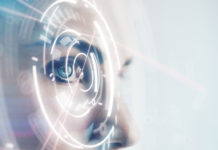 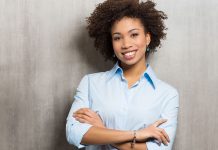